Franz Ackermann's paintings and installations employ psychedelic colors, lines and shapes inspired by the aesthetics of urban graffiti and counterculture. He often portrays façades and interiors in disjointed compositions in which the planes and perspectives intersect and overlap, creating unusual environments. Ackermann's work is partly inspired by cubism in its attempt to simultaneously show multiple facets of a single environment.

In 2011, the artist produced New ads for São Paulo, a series of black and white photographs of the city center in which he introduces some color, assigning new meaning to the urban landscape by presenting a city without ads, such as those on billboards.

Ackerman attended the 2003 Venice Biennale and exhibited at Gavin Brown's Enterprise in New York. His work can also be found in the permanent collections of the New York Museum of Modern Art and the Los Angeles Museum of Contemporary Art, among others. 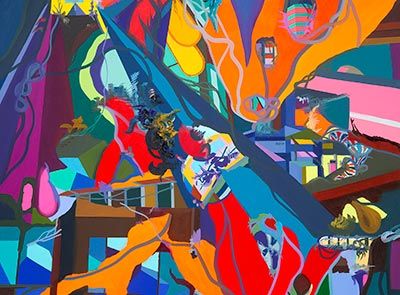 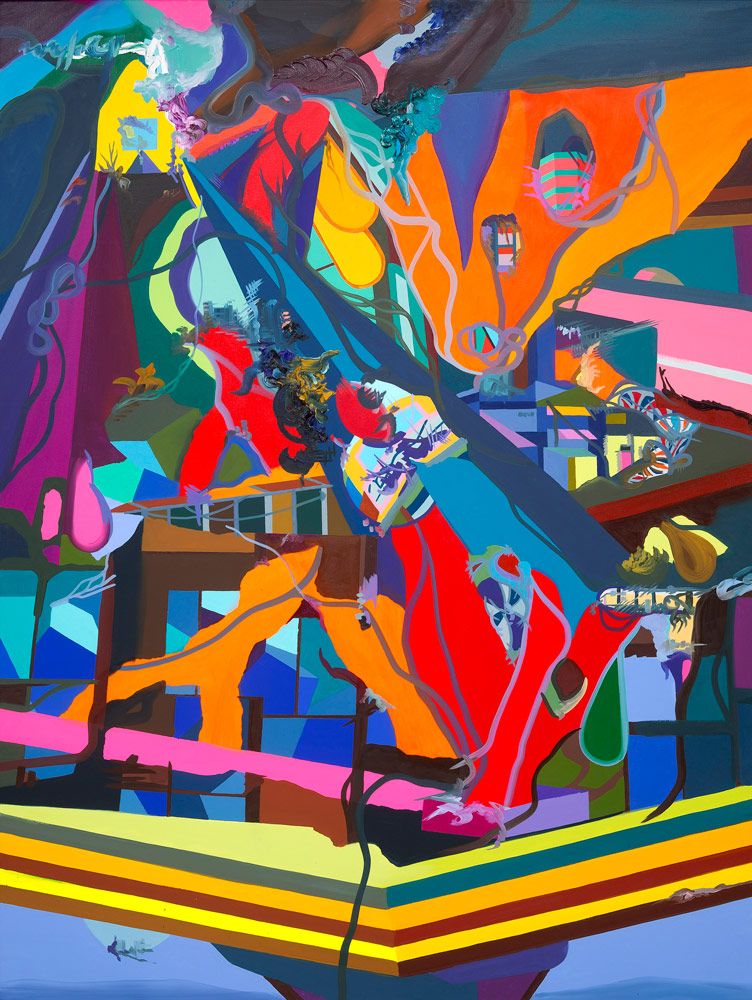