Born in Pennsylvania in 1958, Keith Haring developed a love for drawing from a very early age, learning basic cartoon skills from his father and the pop culture around him such as Dr. Seuss and Walt Disney.

At a young age, he moved to New York and enrolled at the School of Visual Arts (SVA). In that megalopolis, he found an alternative art scene pulsing outside the gallery and museum circuit, on downtown streets, in subways and club spaces, and became friends with Kenny Scharf and Jean-Michel Basquiat, as well as musicians, performing artists and graffiti artists who made up the burgeoning artistic community. Haring was swept up in the energy and spirit of this scene and began organizing and participating in exhibitions and performances at Club 57 and other alternative venues.

In addition to being impressed by the innovation and energy of his contemporaries,as a young artist he was also inspired by the work of Jean Dubuffet, Pierre Alechinsky, William Burroughs, Brion Gysin and Robert Henri's manifesto "The Art Spirit", which preached total independence. of the artist. Already in his first works, he experimented performance, video, installation and collage, always maintaining a strong commitment to drawing. In 1980, he found a means of expression that allowed him to communicate with the wider audience he was looking for, when he noticed unused advertising billboards covered in matte black paper in a subway station. He started creating white chalk drawings on these blank paper panels throughout the subway system. Between 1980 and 1985, he produced hundreds of these public drawings on fast lines, sometimes creating as many as forty “subway drawings” in a day. This continuous stream of images became familiar to New York travelers, who often stopped to interact with the artist when they encountered him at work. The subway became, as Haring said, a “laboratory” to work out his ideas and experiment with his simple lines.

Between 1980 and 1989, Haring achieved international recognition and participated in numerous group and individual exhibitions. His first solo show in New York was held at Westbeth Painters Space in 1981. In 1982, he debuted at the Soho gallery with a highly acclaimed solo show. During this period, he also participated in renowned international exhibitions, such as Documenta 7 in Kassel; the Bienal de São Paulo; and the Whitney Biennale.

Throughout his career, Haring devoted much of his time to public works, which often carried social messages, many of which were created for charities, hospitals, day care centers, and orphanages.

Diagnosed with AIDS in 1988, the following year he created the Keith Haring Foundation, whose aim was to provide funding and images for AIDS organizations and children's programs, and to expand the audience for Haring's work through exhibitions, publications, and licensing of his images. .

Keith Haring died of AIDS-related complications at age 31 on February 16, 1990. His work can be seen today in the exhibitions and collections of the world's leading museums. 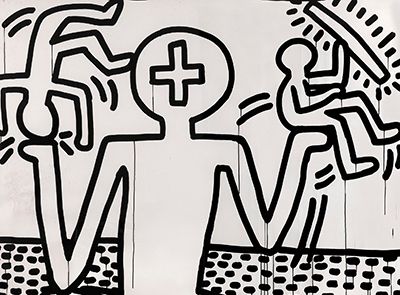 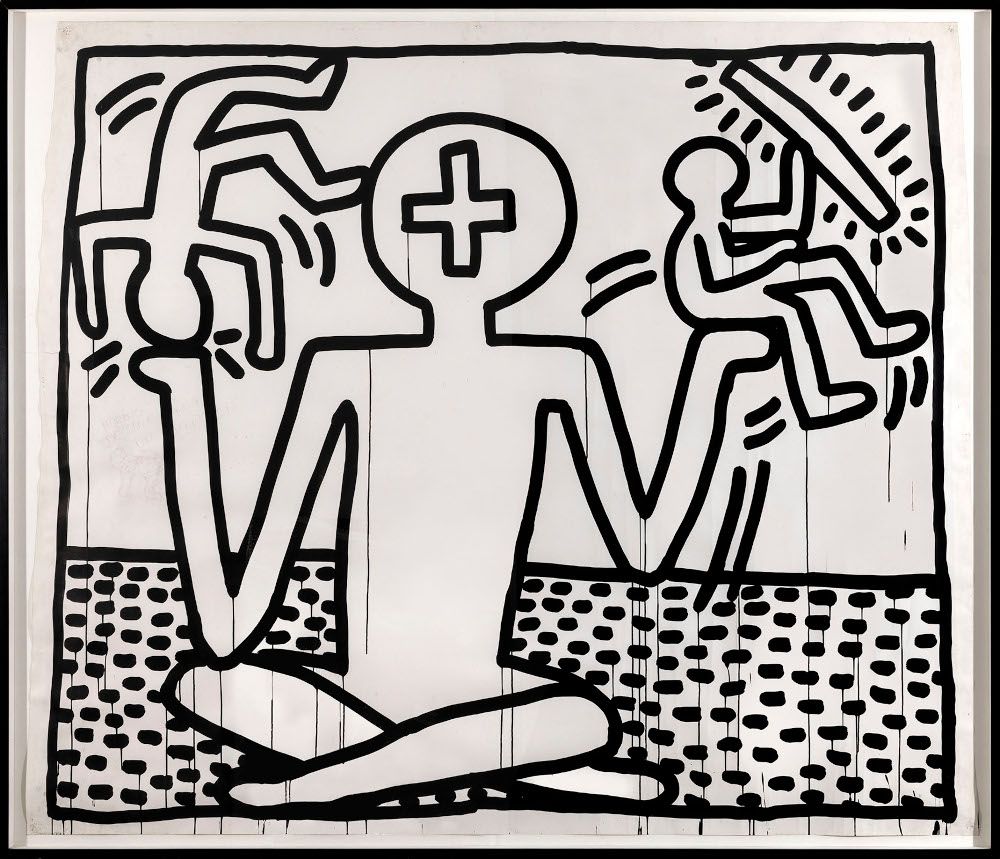