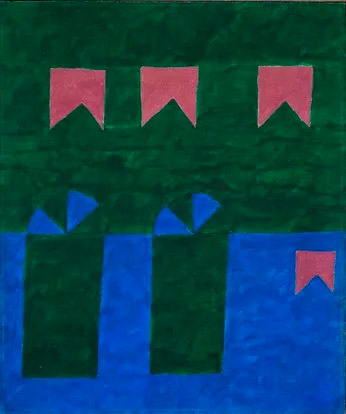 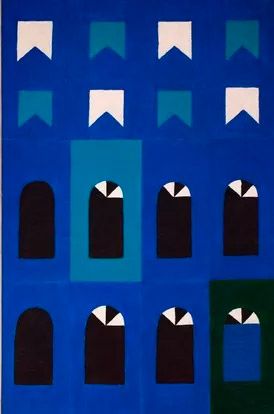 Curated by Anglo-Brazilian art critic and historian Michael Asbury, the Cecilia Brunson Projects Gallery presented, in association with Almeida & Dale, the first solo exhibition of Alfredo Volpi (1896 - 1988) on British soil in June. The 32 paintings in the show provided an overview of Volpi´s long career with works spanning the 1940s to the 1980s, including the popular series Bandeirinhas (Bunting), his trademark pieces in which he makes extensive use of tempera.

Alfredo Volpi is regarded as one of the most influential figures of the Brazilian art scene in the twentieth century. A painter whose work depicted popular themes through the sophisticated use of colors and geometry, Volpi melds Modernism of the 1920-1930 with the experimental experiential art which emerged in the late 1950s and 60s. Few artists in Brazil have achieved such recognition and regard, with books and retrospectives devoted to his work, besides his legion of fans – he was embraced by the concretist movement and feted by leading critics of the time, including Herbert Read and Mário Pedrosa.

His paintings are exuberant in the use of color and simplified forms. The artist commented: “I always painted what I felt, my painting changed gradually, starting out with nature which then fell to the wayside but sometimes came back, I never think about what I am producing, just the issues of line, shape and color. Nothing else.”

Although Volpi exhibited widely since his first solo in 1944 - participating in a show of Brazilian art that traveled the United Kingdom taking in venues such as the Royal Academy (1944), featuring in the Venice Biennial, often exhibiting at the São Paulo Biennial, besides numerous exhibitions in museums the world over – this will be his first solo show in the United Kingdom.