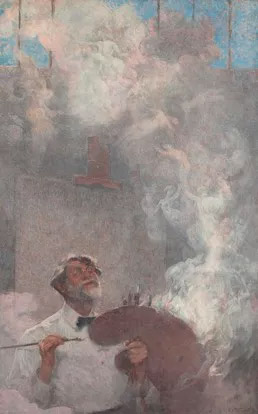 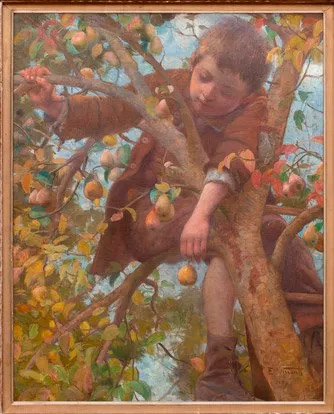 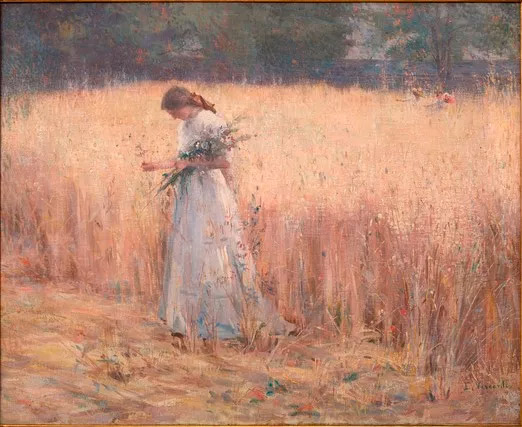 Eliseu Visconti - 150 years exhibition, commemorated the 150 years since the artist´s birth. The show, curated by Denise Mattar, the show displayed the high points of his work, such as the groundbreaking Busto de Mulher (Bust of a Woman)(1900) and Baixada de Vila Rica (1924), alongside works not seen for over forty years, such as Moça no Trigal (1916) and Estendendo roupa (Hanging out Laundry)(1922). The work had the consultancy of Christina Gabaglia Penna and support from the Eliseu Visconti Project which, through the artist´s grandson Tobias Stourdzé Visconti, has made a concerted effort to recover and catalogue Visconti´s oeuvre.

Comprising 40 paintings covering three decades of his art career, from the first works in the late 1880s to paintings done in the mid-1930s, Eliseu Visconti - 150 years displays the diversity in subject matter and esthetics of the academically trained artist that took in impressionism and is today regarded as one of the leading names of pre-modernism.

Three of the artist´s works produced before his first trip to Europe demonstrate his search for new directions: Casebre no fim da praia do Flamengo (Shack at the end of Flamengo beach)(1888), Menino na Ladeira (Boy on Hill)(1889) and Uma rua da favela (A shantytown street)(1890). These are landscapes removed from the academic elaborate idealization that reveal Visconti´s interest in painting outdoors, forbidden by Academy rules.

Eight works from different periods show Visconti´s involvement with Brazilian landscapes. The Landscape of Santa Tereza (1910) has a register resembling that of his first works of the 1890s, when the artist discovered the outdoor setting and Brazil´s colors. Estendendo Roupa (Hanging out Laundry) (1922) depicts an everyday scene which Visconti portrayed many times throughout his life, always lending character to the garments and diverse white shapes on the line. In Garotos da Ladeira (1928), the banana trees under the intense sunlight are in stark color contrast with the group of children at play.

Six pictures referred to his first stint in Paris, during which Visconti produced most of his nudes. In Nu feminino (Female nude) (1894), The Modelo (The Model) (1895) and Busto de mulher (Bust of Woman), c.1895. These works present a note of dishevelment, highly discordant with academic convention.

Throughout his lifetime, but particularly in his final years, Visconti´s preferred models were Louise and his children. Boa noite (Good night) (1910) depicts a domestic scene of the family with the addition of a son. The delicate nature of the kiss is observed with delight by his mother creating an atmosphere of deep tenderness. Louise (1928) is an outdoor portrait of the painter´s wife. The sun illuminates her shoulders and hair, creating a delicate aura which enhances the model´s serious and serene expression. Retratos de família (Family Portraits) c. 1934, is considered the last known portrait of his wife with the couple´s three children.

The show also included creations by Visconti involving design, such as the Commemorative Seals of the 1st Centenary of Independence 1922), The Poster for the Antartica Company (1920) and creations for vases and crockery, done in the early twentieth century, placing the artist at the forefront of Brazilian design and one of the leading figures fostering its professionalization.