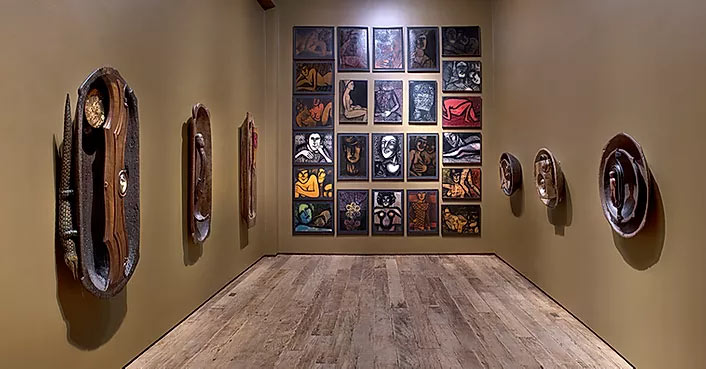 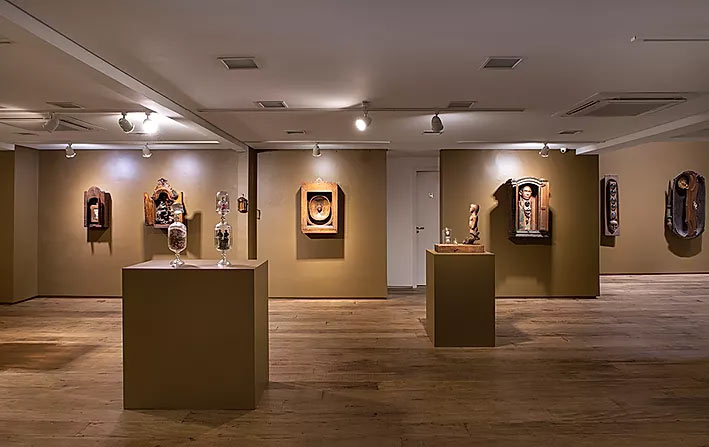 With the curatorship of Denise Mattar, the exposition Farnese de Andrade - Memórias Imaginadas (Imaged Memories) consisted of 70 artworks, bringing new enlightenment as it includes paintings, drawings, engravings and because the exhibition displays his artworks together with his formidable and unprecedented Brazilian three-dimensional production. Among the artworks, there are about 35 two-dimensional works, created in different periods of the artist's life.

Persona of singular trajectory in the Brazilian visual arts scene, Farnese de Andrade has formidable oeuvre that invades the observer with its force and fragility; at the same time it disturbs the spectator with certain kind of morbidness.

Farnese’s assemblages tackle issues such as memory, time, life and death, masculine and feminine, sin and punishment. They are antagonistic combinations of secrets and revelations, fear and malice, tenderness and cruelty. At the same time that human finitude is being scrutinized by broken up dolls and suspended heads in the air, the religion is questioned when it makes use of former-votes and saints paralyzed, cut, turned up side down.

The exposition highlighted the numerous facets of this exceptional production akin to surrealist artists such as the German, Hans Bellmer, and the American Joseph Cornell. These are works of emblematic series, made between 1966 and 1995, and among those, Viemos do Mar, O Anjo Anunciador, Anunciação, São Jorge and Cosme and Damião. Deserve yet to mentioned The enigmatic feminine figures gain prominence, for which, the artist used young men as models and engravings and drawings displayed as well, wuth special attention to Censura, for which Farnase won an award in 1969, at the National Hall of Modern Art (Salão Nacional de Arte Moderna SNAM).

Bringing together private collections from Rio De Janeiro, Bahia, Minas Gerais and Pernambuco, the exhibition Farnese de Andrade - Imagined Memories provided the audience with a rare chance to appraisal the artist’s comprehensive collection, as well as his world of imagined fantasies.