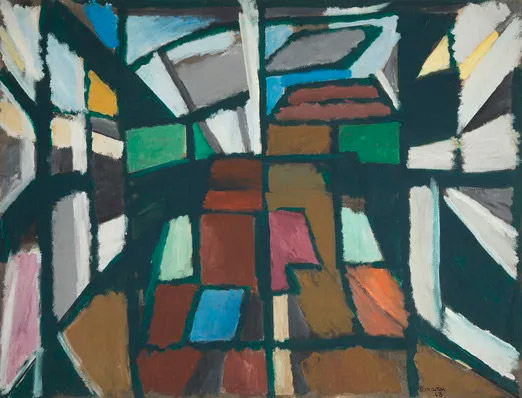 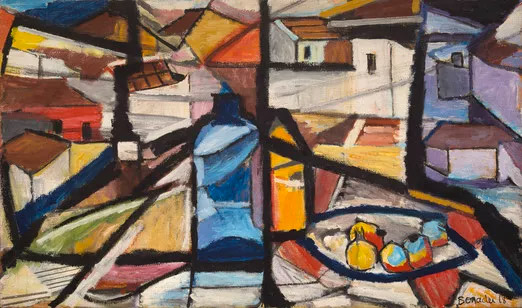 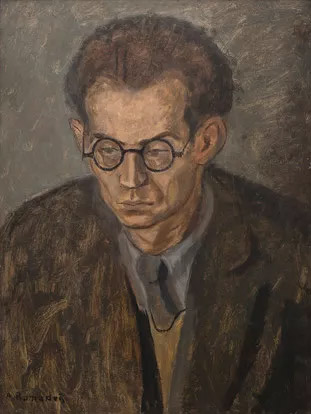 Curated by Denise Mattar, the show Aldo Bonadei – Lírico e experimental (lyric and experimentalis) marked 40 years since the death of the artist, bringing together around 30 of his works including oils, collages and textiles and works produced at different stages of his life. Curated by Denise Mattar, the exhibition inaugurated on 8th of November 2013 included an illustrated chronology, poems and texts by the artist, objects from his atelier and his favorite songs.

Aldo Bonadei (1906-1974) was a rare personality among the São Paulo artists. He was part of the Santa Helena Group, which consisted of artists such as Francisco Rebolo Gonsales, Manoel Martins and Alfredo Volpi. However, despite his affinity for the group, his output is more complex, and style unmistakable.

Few artists have had such involvement with plastic studies and his quest for innovation was constant throughout his career. His earlier works verge on the academic but he gradually assimilated the cubism lessons in an expression altogether personal and followed the line of abstraction in pioneering fashion. In the 1940s, during which there was outright rejection of abstraction in Brazil, he painted his musical impressions, conveying his sensations plastically. One of these paintings was presented at the exhibition together with the music which inspired the artist to produce it.

Bonadei applied his creativity in a host of areas. He created object-pictures incorporating different materials, such as embroidery and sewing on canvas, designing his own professional experiences stemming from his family group dedicated to sewing and embroidery. He produced etchings using novel engraving processes, changed the support of painting innovatively by dropping the frame altogether and painted fabrics and created patterns for the industry. He designed graphics, created scenery and costumes for the Nydia Lícia Company and for Walther Hugo Khoury. He wrote poems and mused about the processes of full creation of lyricism.