Goeldi portrayed aspects of urban life and the common man and also explored themes related to fantastic realism in his work. His work as an illustrator has featured in several books by important authors of Brazilian literature.

His family moved from Belém in Pará, in Brazil, to Switzerland in 1905. In 1917, he joined the Ecole des Arts et Métiers in Geneva. He held his first solo exhibition in Bern at the Wyss Gallery, where he encountered the work of Alfred Kubin, which had a strong influence on his art. In 1919, he returned to Brazil and settled in Rio de Janeiro, where he worked as an illustrator in the magazines Para Todos, Leitura Para Todos and Ilustração Brasileira. Two years later, he held his first solo exhibition in Brazil.

In the 1930s, he released the album 10 gravuras em madeira (10 wood engravings), with an introduction by Manuel Bandeira, and produced drawings and prints for periodicals and books, such as Cobra Norato by Raul Bopp. In the 1940s, he asserted himself as one of the greatest Brazilian illustrators, doing drawings for the magazine Clima and for books by Dostoievski and Cassiano Ricardo. The recognition of his work as an engraver grew from 1950, the year he exhibited at the 25th Venice Biennale. One year later, he won the print prize at the 1st São Paulo International Biennial.

Goeldi is one of the most important names in the history of printmaking in Brazil. His woodcut works address themes related to the way of life of the people, popular stories and characters typical of the country. He explores, as few have done, the qualities and peculiarities of woodcutting, creating compositions in which the high contrast between black and white, obtained by firm and unequivocal grooves in the lino blocks, create atmospheres in which areas of strong luminosity and deep penumbra coexist evenly, but never encroach on one another. In some of his works, he introduced small colored areas or objects, further intensifying the contrasting content of his aesthetics. 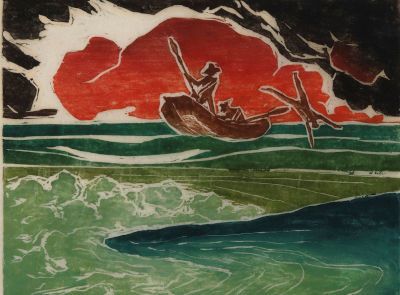 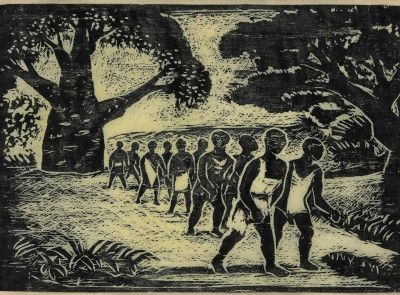 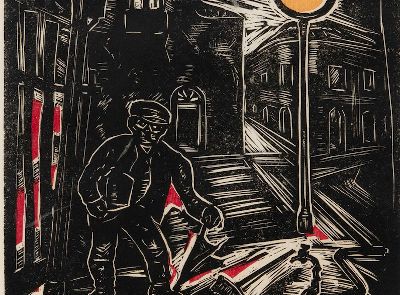 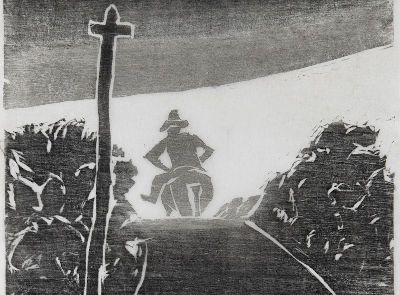 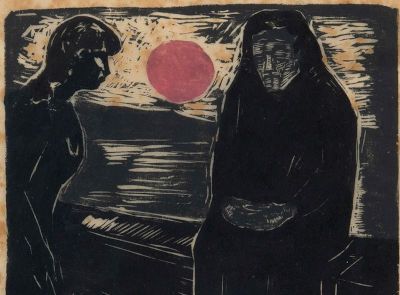 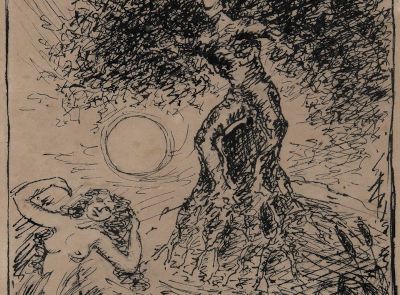 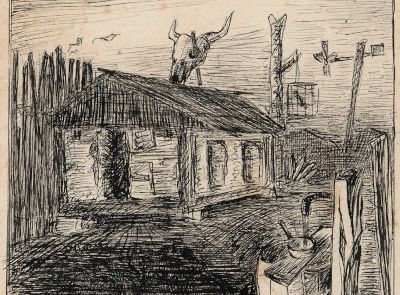 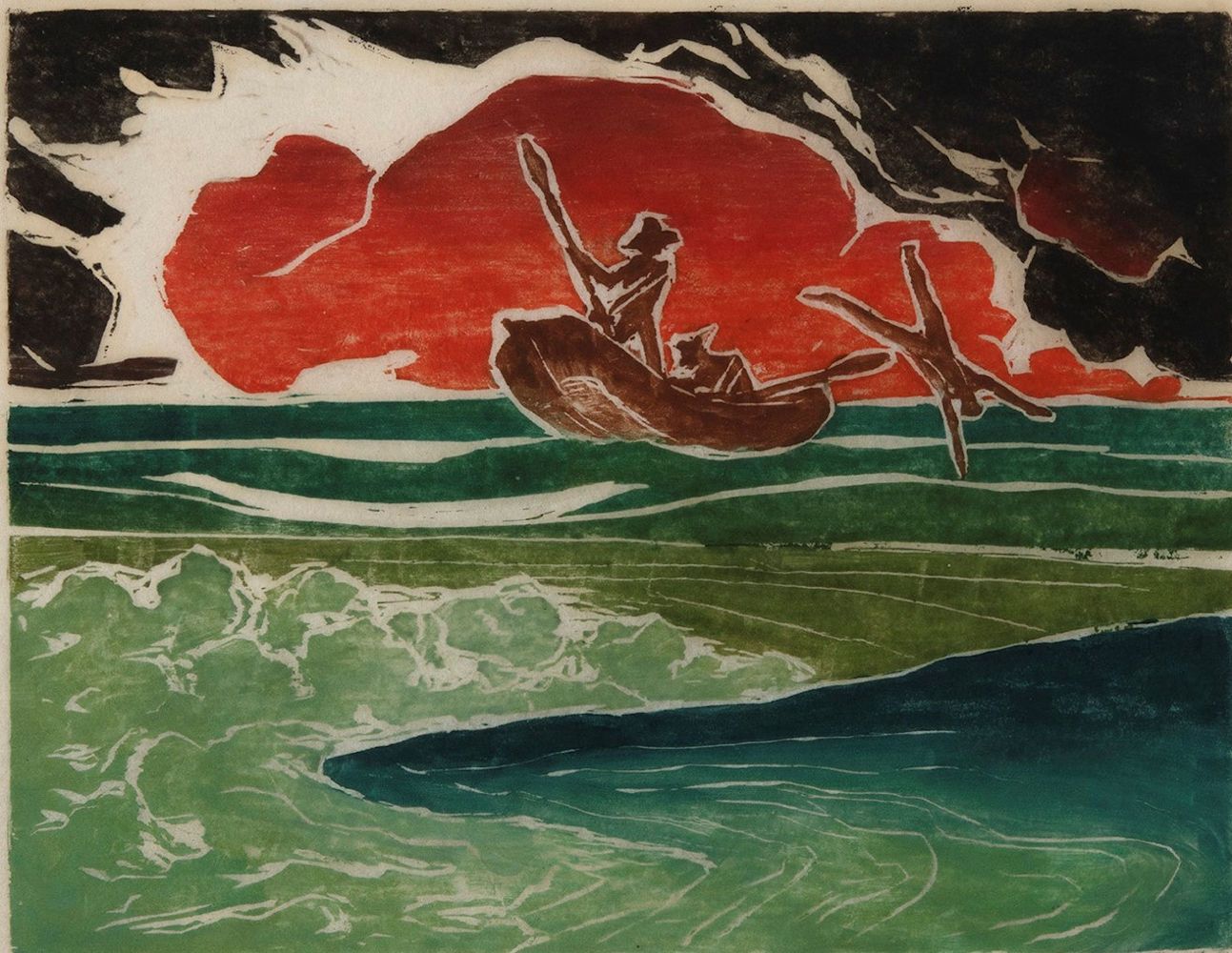 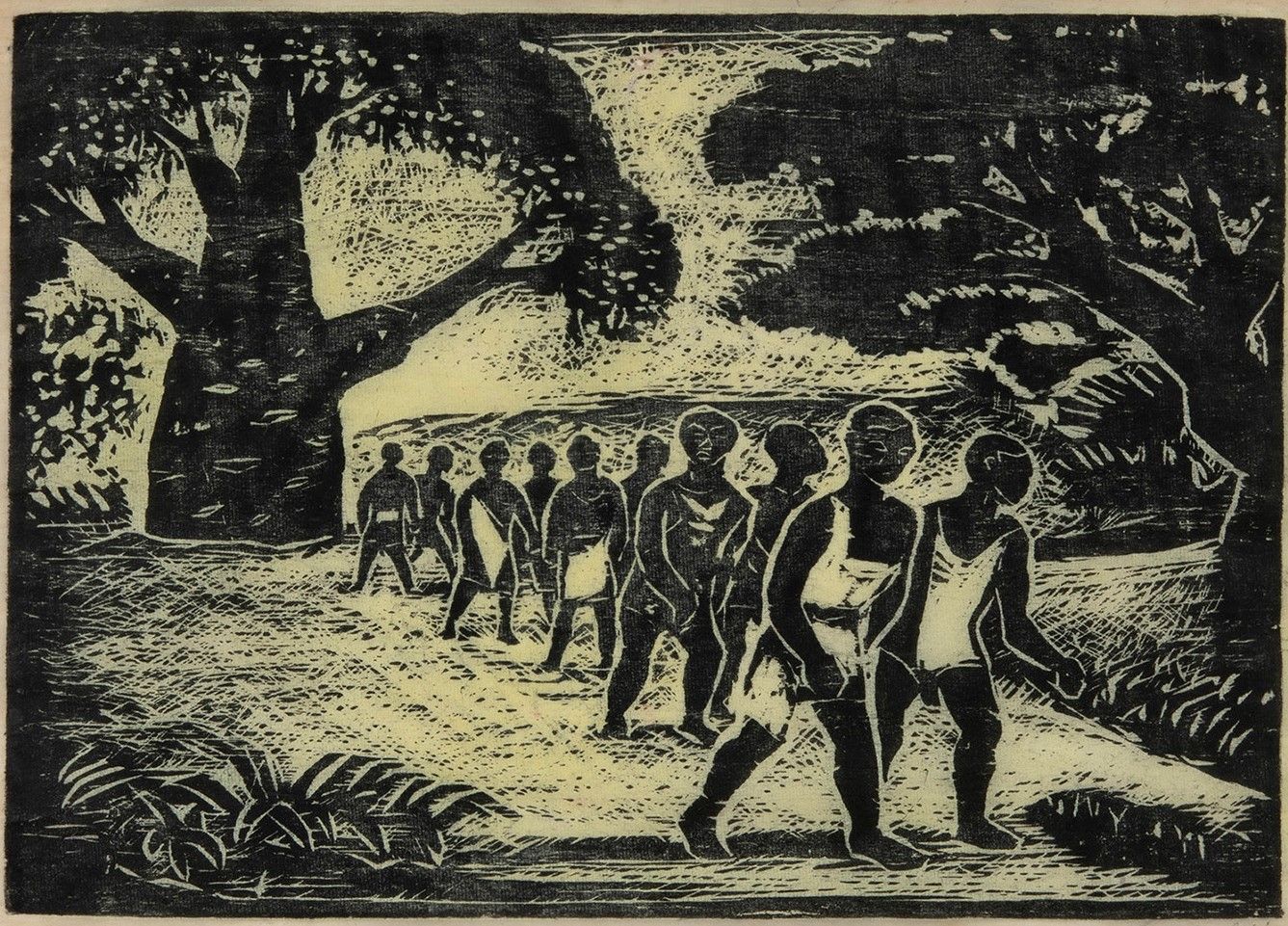 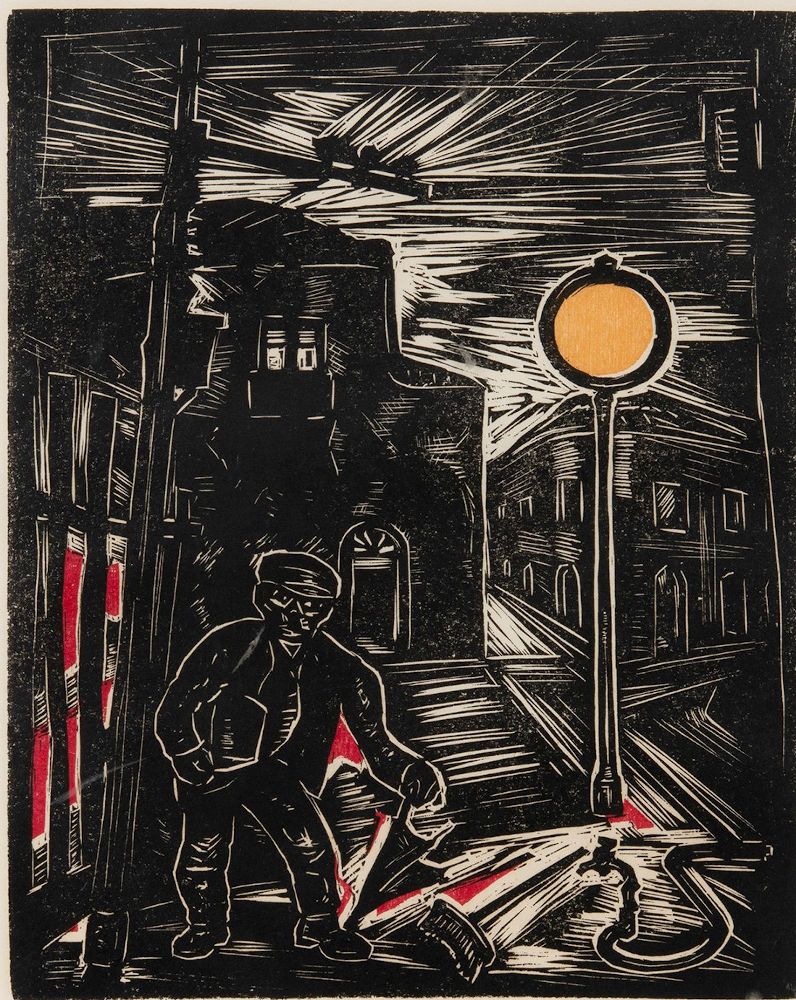 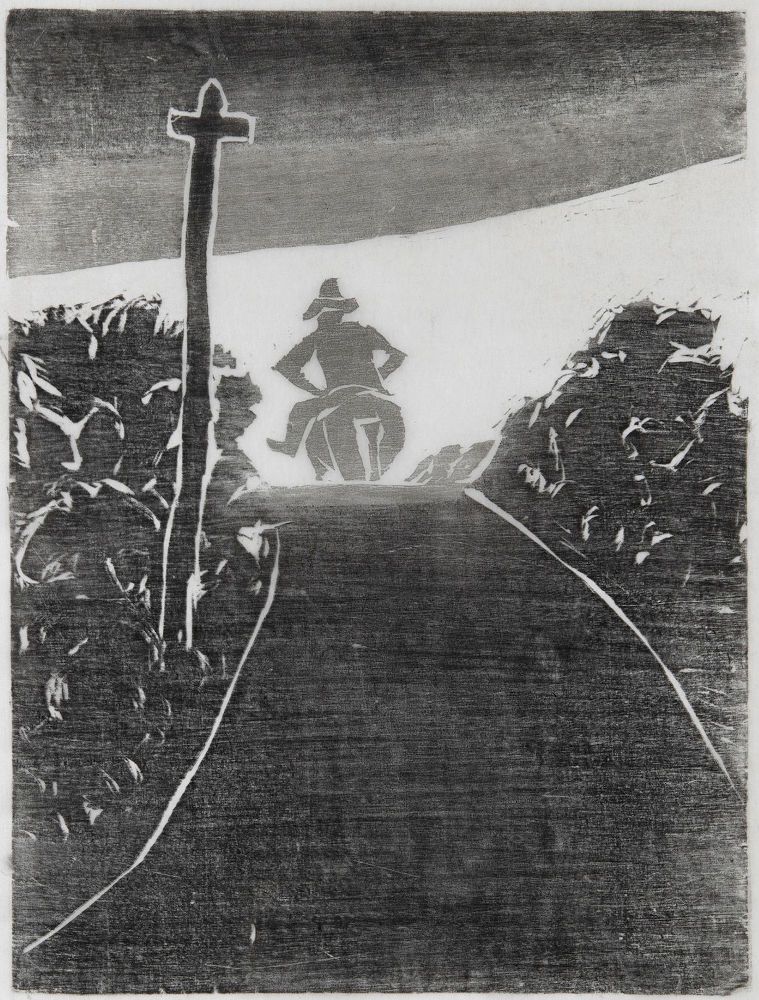 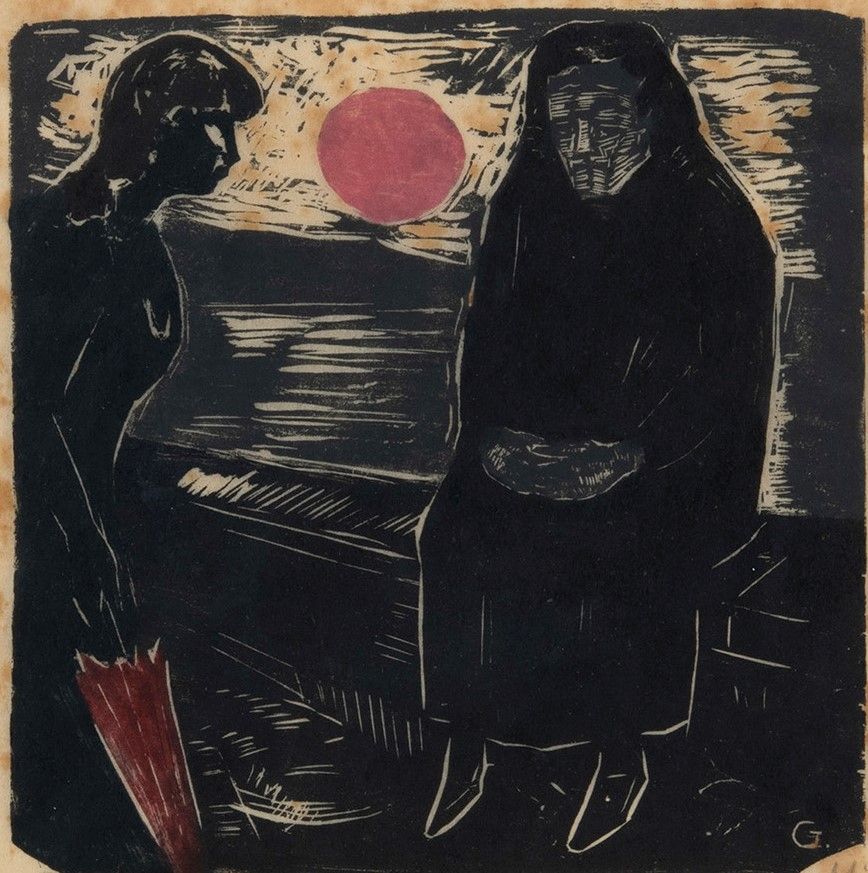 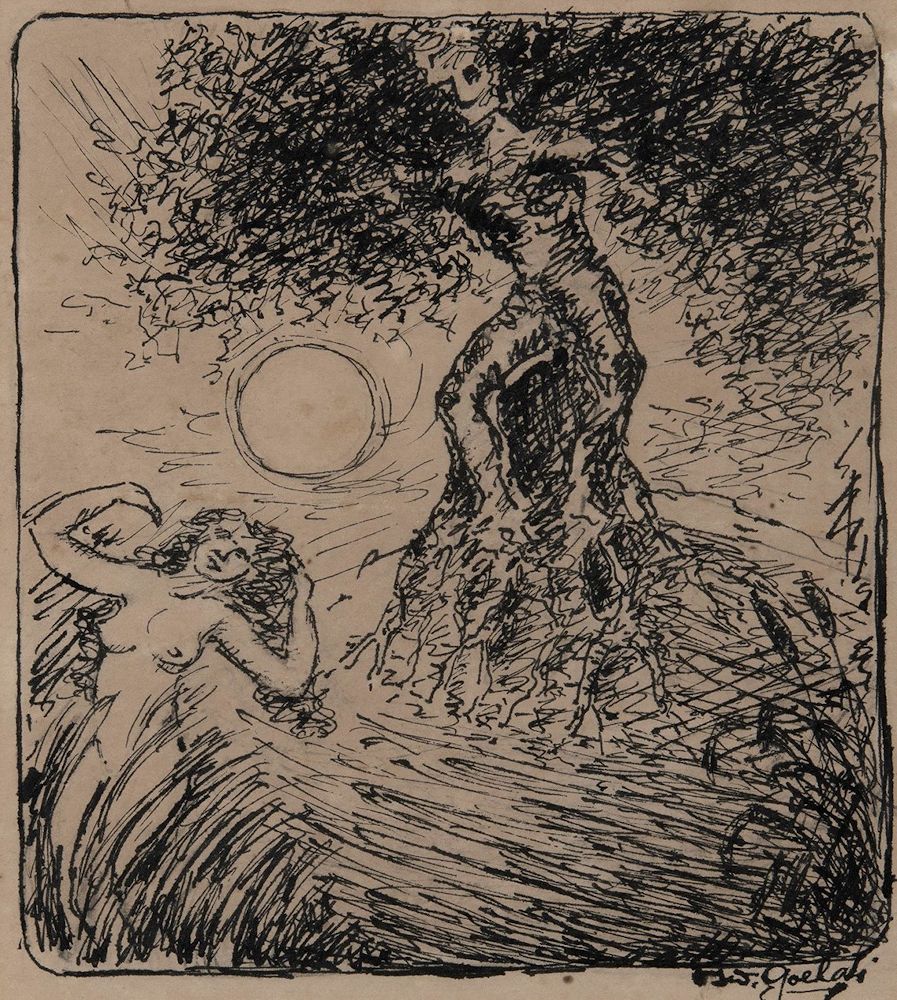 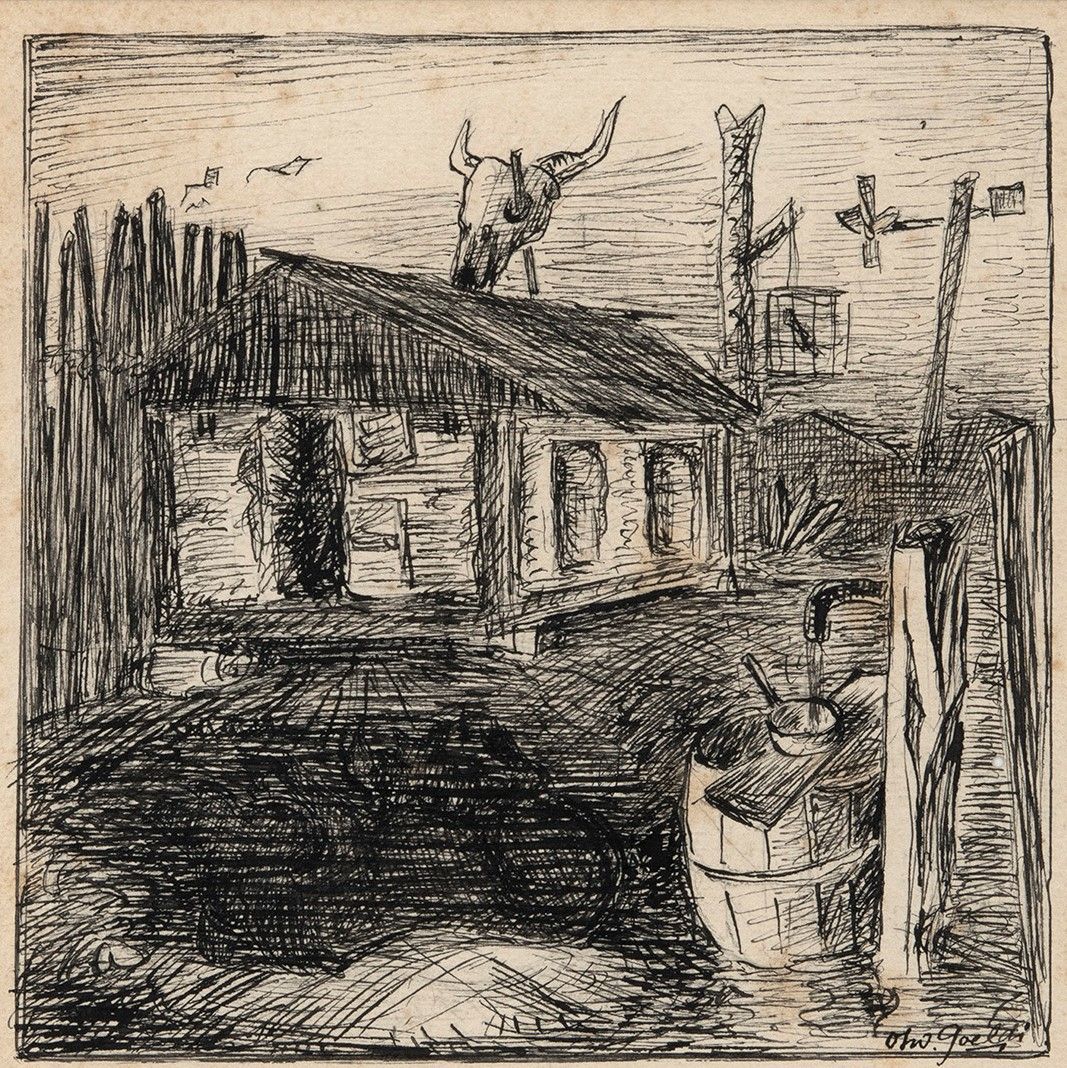