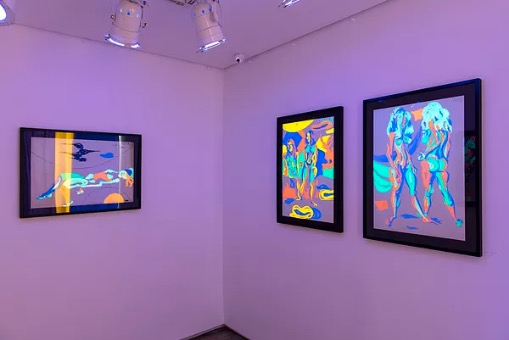 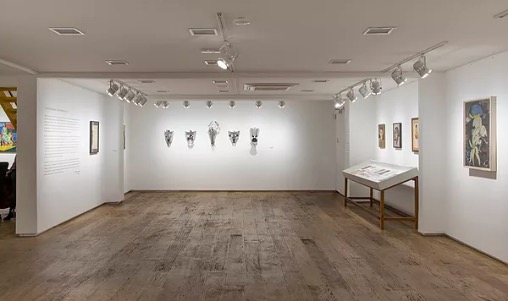 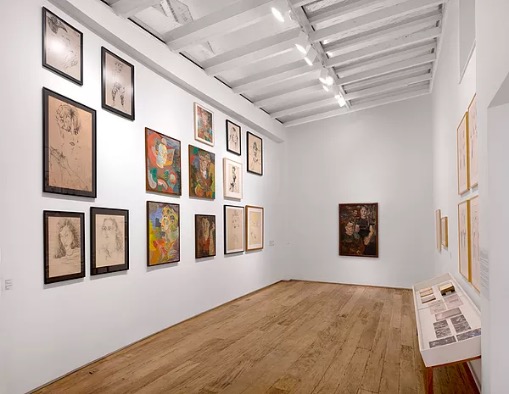 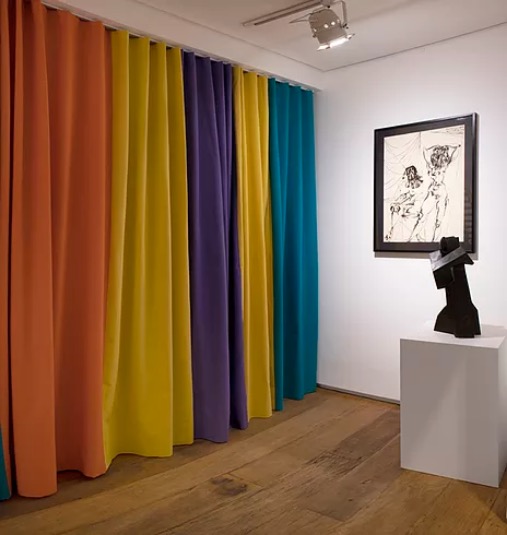 Curated by Kiki Mazzucchelli, Flávio de Carvalho: the ideal anthropophagist was originally shown at Sotheby’s S2 Gallery, London, being the first solo exhibition dedicated to Flávio de Carvalho in the UK, a country in which he resided from 1914 to 1922.

The selection of works provided an enlightening panorama of the multi-disciplinary career of Flávio de Carvalho and spans five decades of his art. Around fifty of the artist´s works, including drawings, paintings, illustrations, archive materials and documentation of non-material projects, illustrate his diversity in means of expression and invaluable contribution to advancing the boundaries of artistic output.

Highlights included the set of portraits of renowned individuals who accompanied Carvalho during his artistic development, comprising paintings and drawings whose expressive lines seek to capture the psychological state of the models. Also notable are the architectural designs entered by the artist to national and international contests. According to biographer J. Toledo, in Flávio de Carvalho: the eater of emotions, Oswald de Andrade lauded him as the ideal anthropophagist in 1930, during the IV Panamerican Congress on Architecture in Rio de Janeiro. At the time, Flávio de Carvalho presented a piece entitled A cidade do homem nu (nude man´s city), his master plan for a new metropolis in the tropics that would be devoid of God, property or marriage, an extremely outlandish proposal in an ultraconservative cultural context.

Painter, sculptor, architect, set designer, designer, journalist, writer and dramatist, Flávio de Carvalho was born in Rio de Janeiro in 1899. Known for his vanguard investigations into performing arts, Carvalho used his many talents and eccentric and irreverent forms of expression to shock the bourgeoisie. He innovated in his use of new media, being notable for his innovations in the field of theater and his artistic performances, paving the way for the new trends that would emerge in Brazil from the 1960s.

Despite enjoying significant media attention throughout his career, Carvalho´s oeuvre constantly clashed with the dominant conservatism, at a time when no museums dedicated to modern art existed in Brazil (the first, the MASP, was founded only in 1947). Consequently, archive and documentation materials key to reconstructing his artistic career have become dispersed among different public and private collections. The exhibition held at the Almeida & Dale intended to help contextualize and revisit Flávio de Carvalho´s oeuvre and had an accompanying catalogue containing unique texts outlining important themes and allowing a deeper appreciation of his pivotal role in the historiography of Brazilian art.