Ilê Funfun: A Homage to the Centenary of Rubem Valentim - Exhibition | Almeida & Dale

Ilê Funfun: A Homage to the Centenary of Rubem Valentim 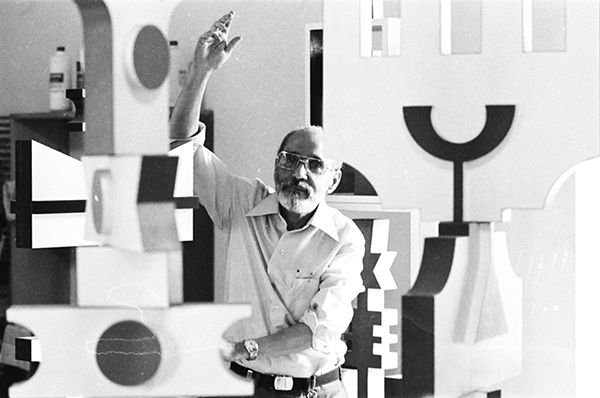 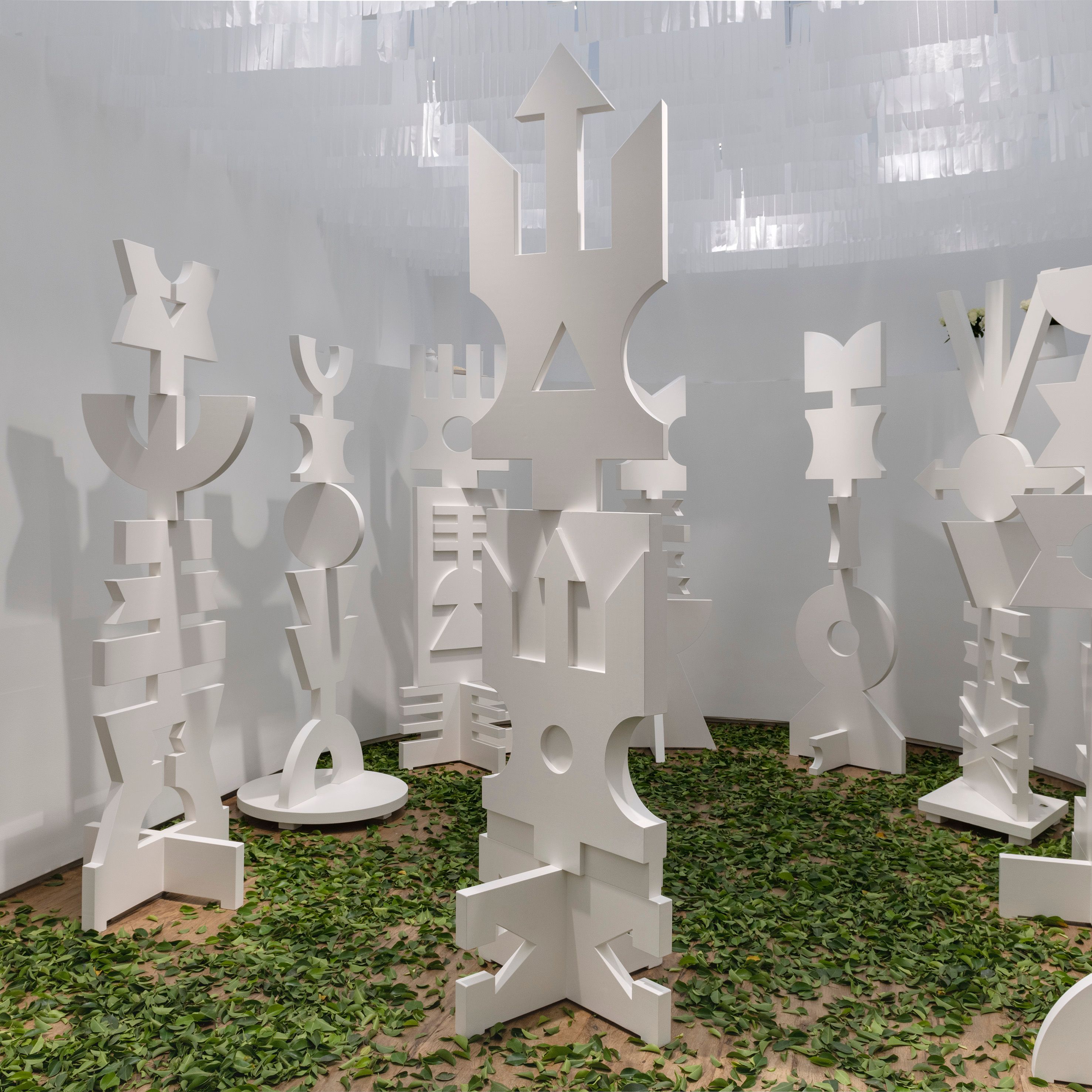 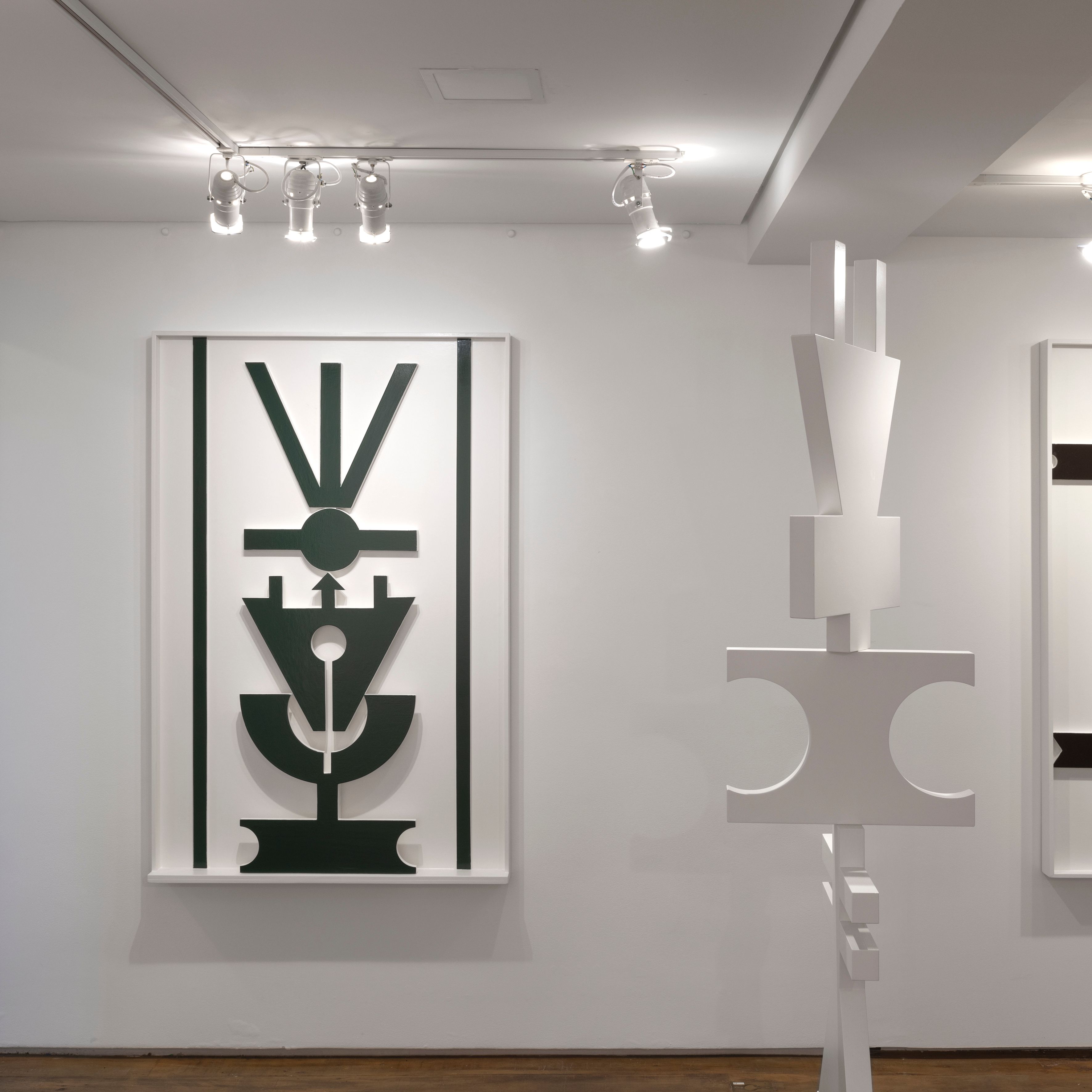 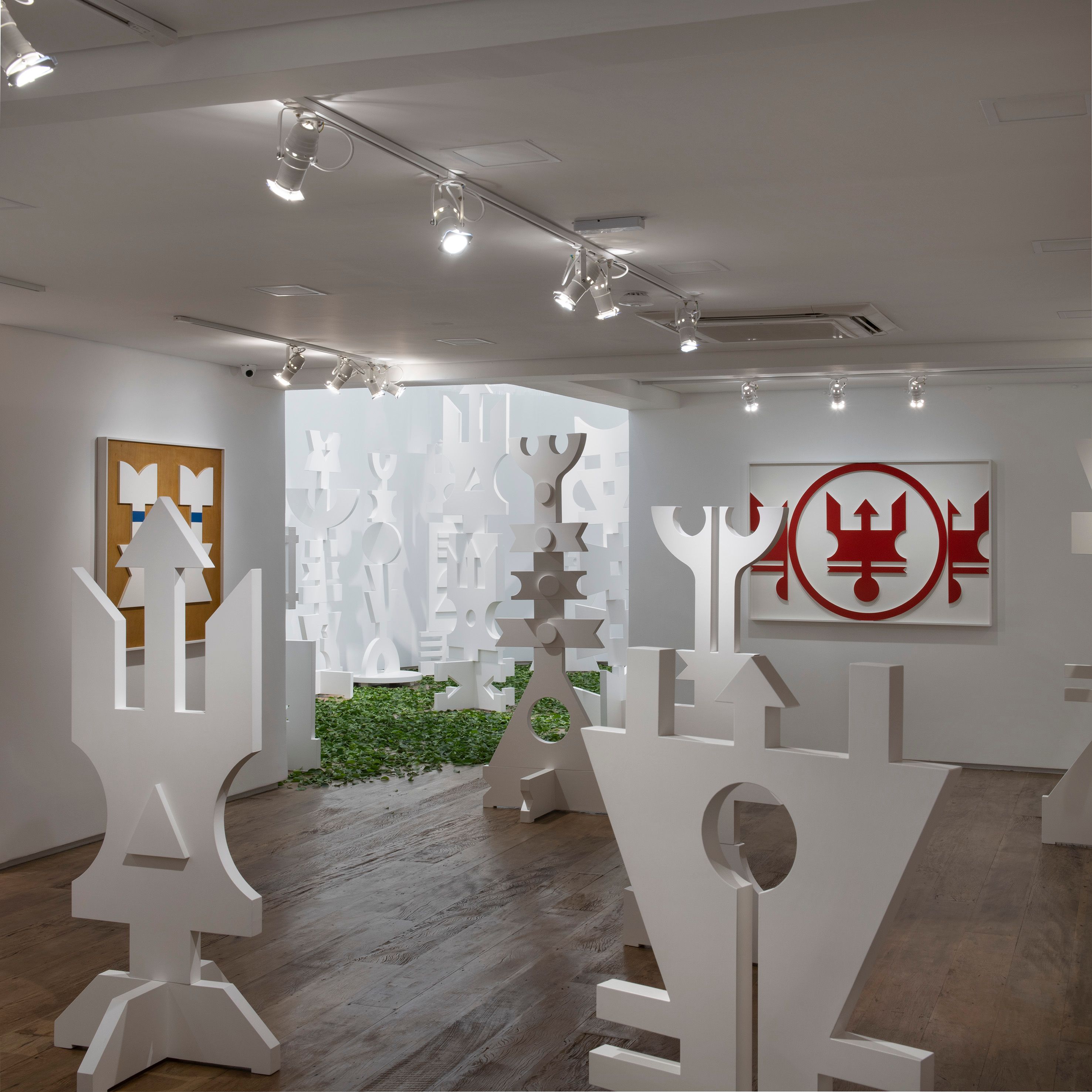 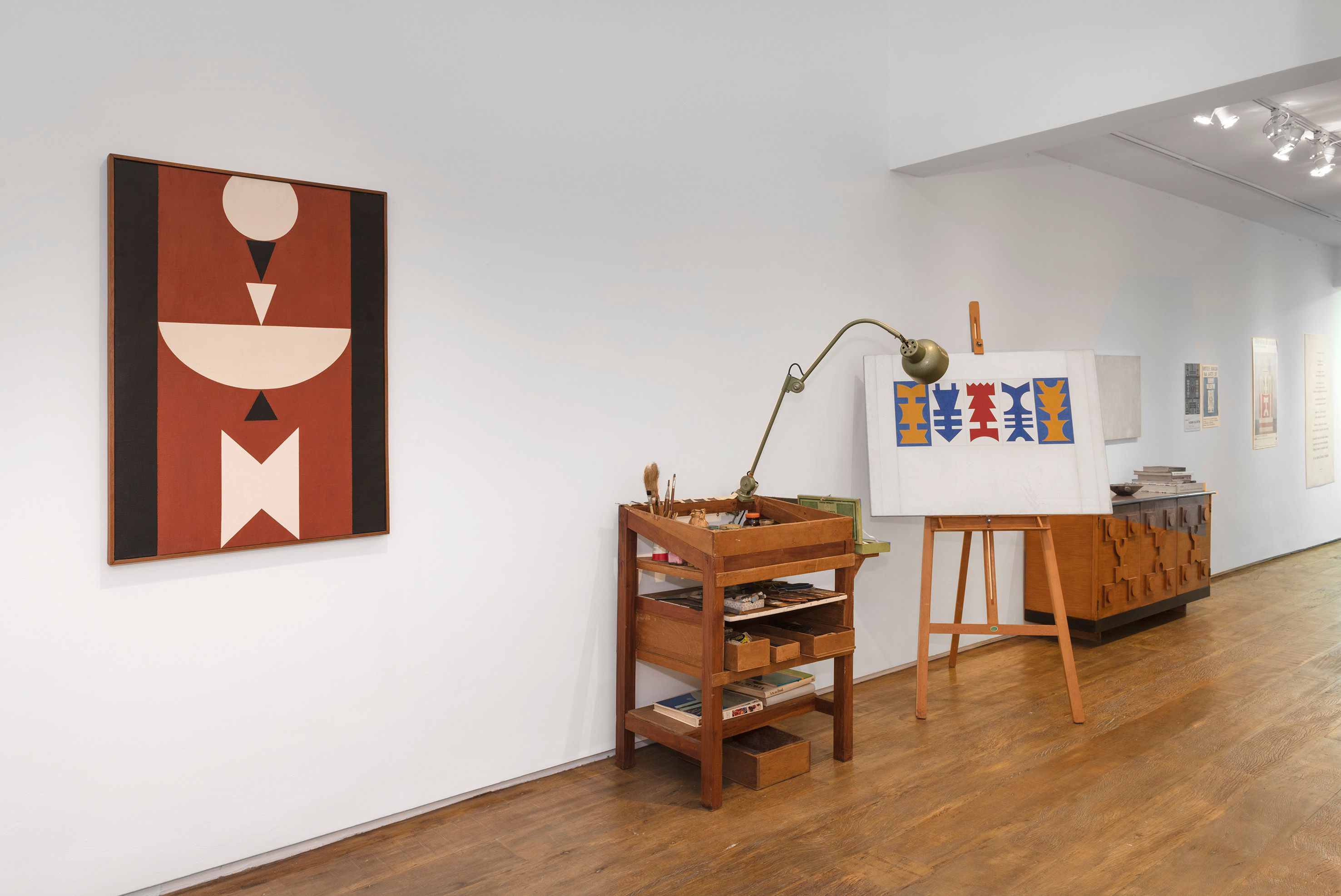 Rubem Valentim began his career in the 1940s as a self-taught painter and participated in the movements of modern art movements from Bahia, alongside Mario Cravo Júnior, Carlos Bastos, Sante Scaldaferri, among others. Since the beginning of the 1950s, he began research related to liturgical issues of religions of African origins, especially on orixás symbols and tools, which became mandatory visuals in his production. Born in Salvador, Bahia, in 1922, the artist would have turned 100 this November and the celebration begins now, on April 2nd, with the exhibition “Ilê Funfun: A tribute to the centenary of Rubem Valentim”, which Almeida & Dale Art Gallery starts in São Paulo.

The title chosen by curator Daniel Rangel refers to this religiousness. Ilê means house and yard, the sacred temple of worship to the orixás, and Funfun, the white color, a reference to those who dress in white, especially the family of Oxalufã, the old Oxalá, and Oxaguiã, the young Oxalá. “In fact, we are all children of Oxalá, entrusted by Olódùmarè to raise all living beings on the planet, including plants, animals, men and women”, Rangel explains.

Conceived from three nuclei: first, the “Templo de Oxalá”, which is a set of works with 20 sculptures and 10 reliefs by Rubem Valentim, considered to be the apex of his work, were donated to MAM-BA in 1997 and restored by Almeida & Dale in 2022; secondly, “Ateliê”, part of the exhibition in which the artist's creative process is contemplated, with paintings that were being made when he died, in 1991, unfinished, and tools he used; and finally “Cronologia”, which brings its history from clippings, research, documents and personal files, photographs, and posters. “What is most important about Rubem Valentim is in this exhibition. From the potent religiousness to the objects that surrounded all his creation, we present the life and work of this great artist”, says Daniel.

The “Templo de Oxalá”, whose white color is predominant, representing the pantheon of orixás saluting Obàtálá, was presented for the first time in 1977 at the XIV São Paulo International Biennial in a special room dedicated to the artist. At the time, Frederico de Moraes said: “it was the first outbreak of Afro-Brazilians’ spirituality (...) carried out at the highest level of the plastic achievements in international contemporary art”. Daniel Rangel says that “this analogy of a possible party for Oxalá, in which the sculptures are deities dressed in white in the worship of the orixá Funfun, is the starting point of the narrative”.

In “Ilê Funfun” the essentials of the artist’s trajectory are gathered: a powerful artistic-sacred group and references from his universe, combined with the collections of the Museum of Modern Art of Bahia, of the Rubem Valentim Institute, whose headquarters are in São Paulo and the Brasília Museum of Art; those places were his homes, spaces that were his ilês.

Daniel Rangel is also the curator of MAM-BA and, in commemoration of Rubem Valentim’s centenary, puts into circulation the set of works that are a fundamental reference for the history of Brazilian art, as well as for the current moment of great visibility and necessary insertion of black artists in the scene. After its exhibition at the gallery in June, the show will go to the National Museum of the Republic in Brasília and then return to MAM-BA, where it will reopen the special room by Rubem Valentim at the museum. Finally, as part of the international centenary celebration in November, there will be an exhibition with the artist's production in Rome, where Rubem lived from 1963 to 1966, at Palazzo Pamphili, address for the Brazilian Embassy in Rome.