I will defoliate my eyes in this dark veil: 100 years of Antonio Bandeira - Exhibition | Almeida & Dale

I will defoliate my eyes in this dark veil: 100 years of Antonio Bandeira 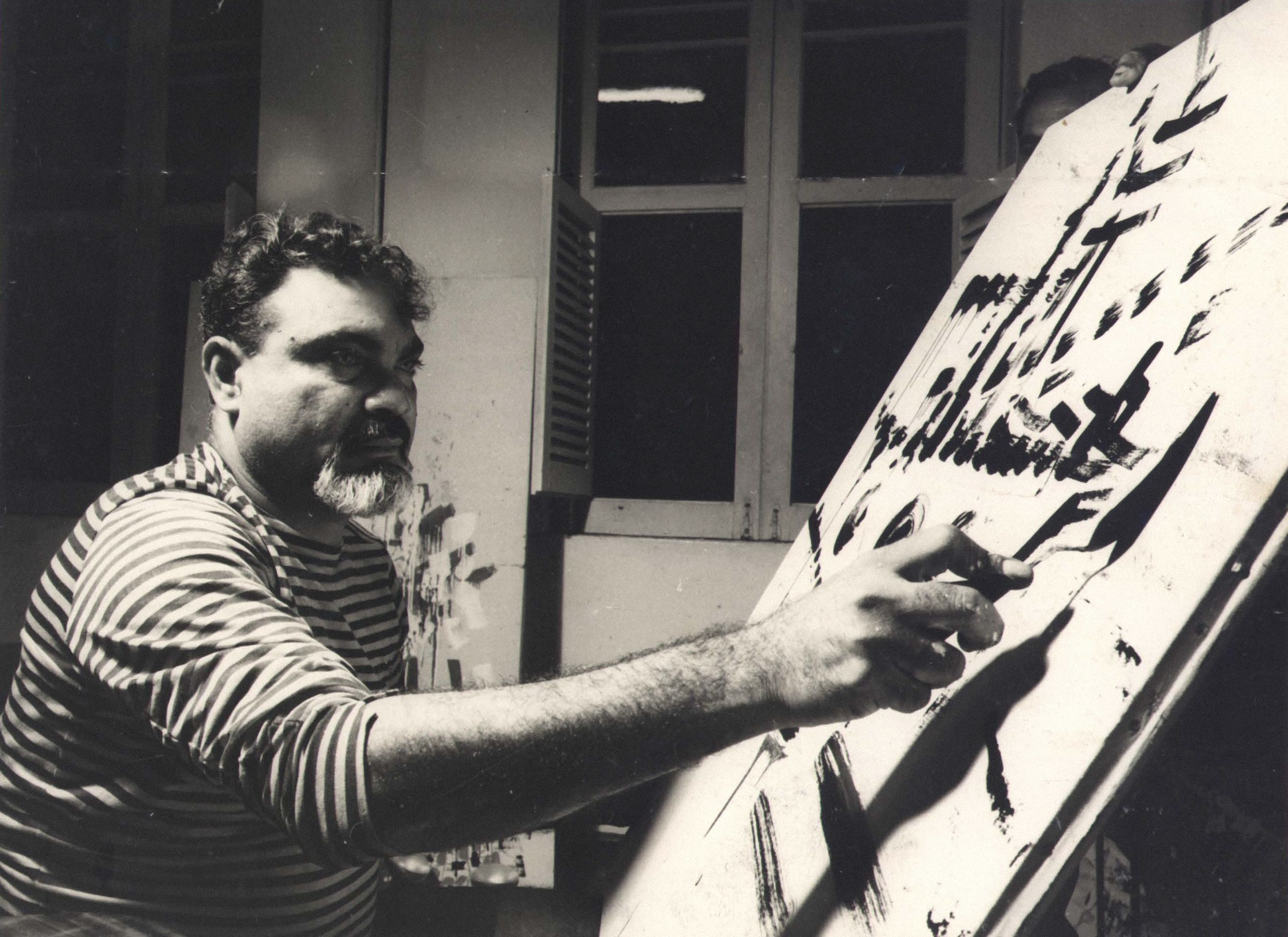 One who tried to do painting and not paint pictures, who was a figure who could move with the same availability through bars and embassies, that Paris revealed the Ceará born artist to the world, that he dodged isms, that his work could walk between lyrical, informal, tachist abstractionism... a list of recurring narratives covers the life and work of Antonio Bandeira. And after so many years of reflections that are based on these attributions to an artist who is no longer among us to tell his version of history, it seems urgent to invent ways in which we look and live with Bandeira – the painter who was born "in an eclipse, hence being the darkest of the family (...), of a color mixture from moon and sun" ("My children, keep yourselves from idols", Antonio Bandeira, 1951).

The exhibit "I will defoliate my eyes in this dark veil" presents around 58 of Bandeira's works: dark self-portraits, nocturnal landscapes, black trees, dark compositions, paintings and gestures in eclipse. There is also the presence of his intense and favorite blue color in the cities, in the villages, on the "dirty" surface (dirty as the Paris that appeared on his canvases, according to himself), in the composition-reports made from his memories of Mondubim, Morro do Moinho, Tauape, and Mucuripe (Fortaleza neighborhoods) or from the body textures he gathered from the small and friendly Parisian "mansard", from Rio de Janeiro, from Italy, from his coming and going. They are paintings crossed by the fiery red of the landscape and cities in twilight and by the trees – multicolored beings in Bandeira's poetics.

The gestures shown here have happened since 1947 and they intersect in a non-chronological fashion until 1967. They present part of what the artist formulated about the experience of seeing and about what he thought and practiced as painting – images of the possible that insisted on the real. And asking what is real is part of this poetic enigma. Therefore, it seems enlightening to think that Bandeira was dedicated to merging certain categories: existence and experience of the sensitive, imaginary and palpable, visible and invisible, oneiric and real. The works are arranged in nuclei constituted from a look at some pictorial themes persistent in his experimentation path, related to chromatic composition (such as the intense presence of dark paintings, in which the black color predominates), to the titles of works (which invite us to access the paintings), to the subjects (landscapes, cities, trees), that dares to face a dark-handed Bandeira.

In the gallery, these works are spatialized to the sound of a wind-voice, a kind of whisper that takes us slowly. The artist Joao Simões translates and recontextualizes the text by Marguerite Duras, present in the video "The negative hands" (1979), in which the artist narrates a human being in distant times who, from the top of a cliff, glances at the immensity of time, of the ocean and their loneliness. Here, we experience an approximation of times and records of gestures in time: the black spot of the stamped hand on Bandeira's self-portrait (1967) and the spread hand on the stone in the color "blue of the water/ black of the sky". Imagine then, that these hands can weave affinities: by the boldness that recorded them on surfaces – on canvas and stone – and for what we will follow without knowing much about their practices, their mysteries: after all, who was that man, with big eyes, swallowing the world while he played with words to feel "whence does the wind run"?